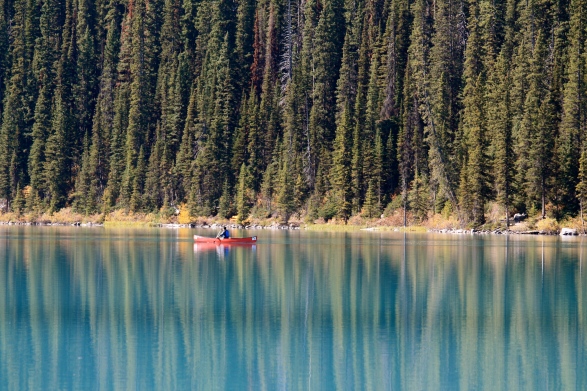 Plate of food: We stayed at the beautiful Rimrock Resort which feels blissfully tucked away from Banff townsite. Little did we know that Rimrock Resort has a cracker-jack of a restaurant, Eden. This is the only 5 Diamond (Canada’s foodie ranking system) restaurant west of Ontario which is important because there is a *touch* of East/West animosity in Canada. Ahem.

We decided to book a table and see what 5 Diamonds gets you.

We were seated at an intimate table in front of floor-to-ceiling windows which offered us dramatic views of the forest and the surrounding mountain peaks. There was a team of 3 people, two waiters and one sommelier, who referred to us by name, and were perfectly attentive and discreet.

Then they started presenting the food. And I realized that 5 diamonds are so gastronomically fabulous that THIS is clearly what they were talking about when they said “Diamonds are a girl’s best friend”.

While enjoying our welcome glass of champagne (yes, please!), one waiter brought a spruce log to our table. Yes, a spruce log. It was slightly smouldering on one side, just enough to give off the evocative aroma of the forest. Perched near one end were two bright red “lollipops” skewered on spruce twigs (of course, because someone in that kitchen is a bona fide genius). We popped them in our mouths and were greeted with the pleasant surprise of smooth foie gras encased within a thin layer of tart cherry gelatin. Oh, Eden, you 5 Diamond minx!

I wanted to do THIS at dinner, but not sure if that is completely appropriate.

The chef also impressed us with his interpretation of High Tea (thyme infused broth in tea cups with blue cheese biscuits and savoury macarons), fresh bread served with hay-smoked butter ( just enough golden earthiness to transport you to a picnic on a farm) and a cheese platter that could bring about world peace (teeny, tiny jewel-coloured checkerboards of fruit jellies to accompany the cheese – have they got pixies working in the kitchen?! What is the labour law on pixies?).

In case we weren’t yet ready to pledge our undying love to Eden, they sealed the deal by presenting us with a gift bag full of chocolate glazed banana cake to TAKE WITH US.

The best: Hiking in Sunshine Meadows. This is an area near Banff, surrounded by stunning mountain peaks, milky blue lakes, and, in the Autumn, golden larches which are deciduous coniferous trees (go on, just take a moment with that).

Our waiter at The Bison (another great place for a meal in Banff) recommended that we hike up to Sunshine Meadows. He had such an enthusiastic, positive spirit that I would have done pretty much anything he told me to…well, that’s not true because he also expressed great passion about kayaking over waterfalls.

Death in a kayak. No. Sunshine Meadows. YES!

We were stunned by the beauty of what this hike had to offer. After a steep climb and an amble across a scruffy alpine plateau, we discovered vast swaths of golden larches carpeting the hills. Bathed in sunshine, the needles glowed; the most incredible autumnal sight.

Although the shuttle bus to the trail head was full, the group quickly dispersed and we spent the entire day on our own, enjoying the views and the fresh mountain air. (And some good quality chocolate, obviously.)

We just happened to be there at precisely the right time to see the larches in all their glory. Lucky, lucky us!

Story that needs to be told: We visited the breathtaking Chateau Lake Louise for lunch one day. After gawking at the view along with 1/4 of Japan’s population (only a guess), we decided to buy sandwiches and drinks at the hotel deli. The 90 minute wait at the hoity-toity cafe was too much for us (oh, yes I did use hoity-toity. I’m bringing it back into common usage). Plus, what could be better than an impromptu picnic in one of the most stunning locations in Canada? Okay, okay, not being denied the shot of apple brandy in my warm cider due to public drinking laws would have made it marginally better. 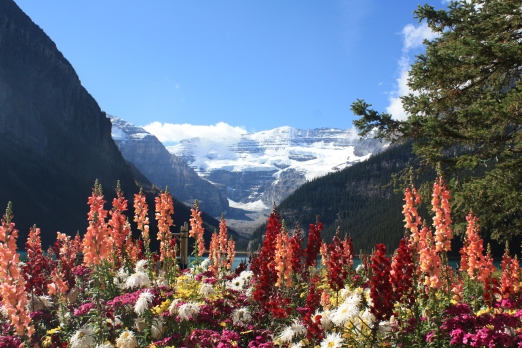 As we sat in the sunshine and admired the view across the lake to the glacier, we nibbled on smoked salmon bagels and salt & vinegar chips (the only flavour that should pass your lips, I believe).

Being in the Rocky Mountains, nature surrounds you and alpine creatures scurry about. We were joined at our picnic by a few birds who landed nearby to chirp and cock their heads, then move on.

I noticed that a large, grey bird with a chip on his shoulder (I could just tell) alighted in the gravel near our feet. I continued to wax lyrical about the mountains and our good fortune of being there at that moment, gesturing with my free hand while the other clasped one half of my salmon bagel.

Suddenly and with deadly accuracy, that bird swooped at my bagel, his claws grazing my hand as he tugged once at my food with his beak. Luckily my instincts kicked in to protect such a tasty morsel as smoked salmon and I held on tight. His wing brushed against my hair and, with that, he was gone.

Well, I can assure you that I reacted in a very calm manner (there are no witnesses except for Matt and he ain’t saying a thing), but I was outraged at the audacity of this bird, even with his refined tastes. I abandoned that half of my bagel because his claws and his beak had made contact with it and – do I really need to elaborate here?

I continued to rant about the sheer balls of this bird who would try to take the lunch right out of my hand to Matt who was already over it (no surprise there) when – GET THIS – the bird swooped again. This time he came from my blind side and tried once more to pilfer my bagel. I was not impressed.

He and I spent the rest of the time eyeing each other suspiciously. Him hopping around with his wee beady eyes, me shouting out “OY!!” like I had Tourette’s every time I saw his feathers shift.

You know, I really felt like I convened with nature. I clearly have a gift. 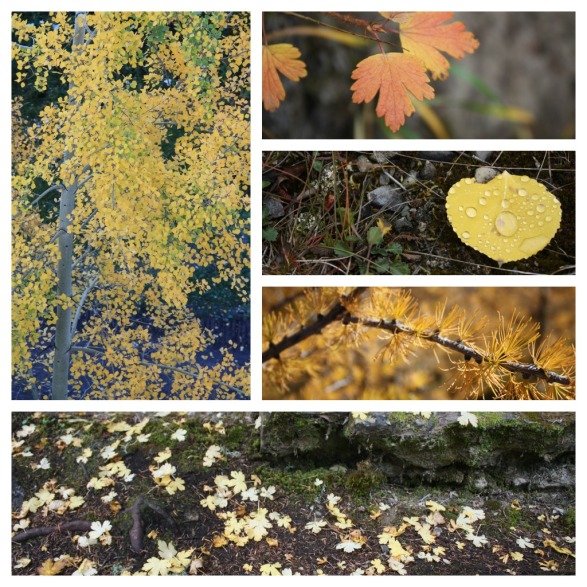 “It is wonderful to feel the grandness of Canada in the raw.”
– Emily Carr

Okay, April, let’s see how this goes. If nothing else, I still have roses blooming in Autumn. 👍#nzgarden #nzroses
My love affair with Hamilton Gardens continues (from afar obviously). ❤️🦁#hamiltongardens #nzlife #thisisnz
How are you? It’s okay if you aren’t making sourdough bread 🍞 or doing 6 hours of homeschooling 📚 or maintaining a work-out routine 🏋️‍♀️. I never did those things before; I’m not about to start now! 😉😆Here’s a #virtualvacation for you to Auckland’s beautiful Winter Gardens. 💕#armchairtravel #stayhome #nzlife
Another dose of #virtualvacation for you! Can you believe these colours?? Hope everyone is staying well. #armchairtravel #nzlife #waiotapu
%d bloggers like this: