Happy Tuesday, friends! And happy September! Yikes, that came up quickly. For some of you, this signals the melancholy end of Summer; for others, this is the long awaited beginning of Spring. Here in Brazil it is neither, sadly, because we have no distinct seasons. In Rio, September just means…less mosquitos? Some cooler days, but some really hot days, too? Halfway to Carnival??

Whatever September means for you, I hope it is a month that rises to the occasion and gives you many moments that feel oh so good. Here are a few photos to start you off on the right foot: 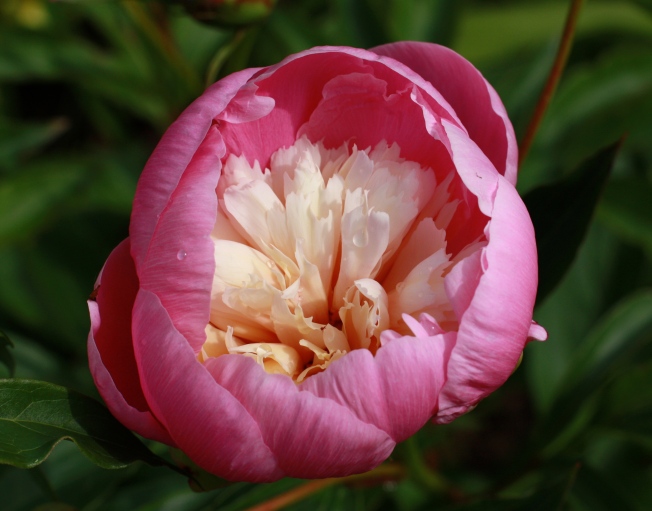 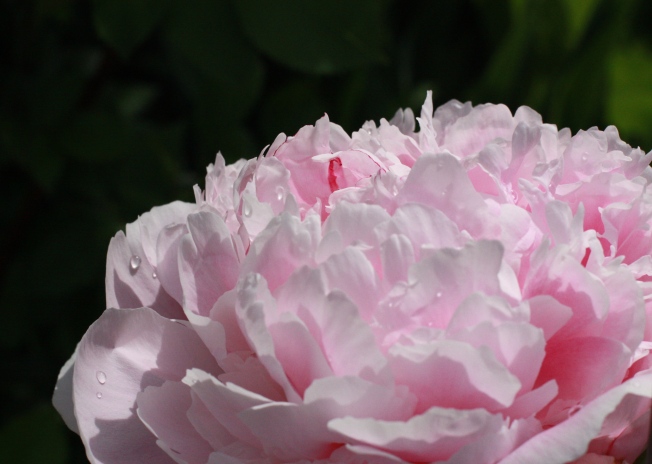 “The breezes taste
Of apple peel.
The air is full
Of smells to feel-
Ripe fruit, old footballs,
Burning brush,
New books, erasers,
Chalk, and such.”

Well, I am not sure how this happened, but I haven’t published a post around these parts since October 2013. I am not certain, but I believe that leaving nearly 11 months between posts is breaking some kind of blogging rule…the rule of actually writing stuff, for example.

You know how it gets, though – you have good intentions and plans, and yet somehow the days pass by and nothing has eventuated. Like you and that plan to eat more chia seeds or to get rid of that pair of jeans that you bought one size too small. Y’know, it just doesn’t happen.

Mind you, I wasn’t being completely lazy during those 10 months. I was taking a lot of photos and doing some incredible traveling (and, let’s be honest, watching Jimmy Fallon clips on YouTube). The trips I took were so eye-opening and wonderful that I think you will want to get your own glimpse of these places, too.

I will try to share the very best of it with you because we all love to know that special places exist, not so we can put them on some bucket list, but just to know that beautiful parts of our world abound even if they are not right outside our window. 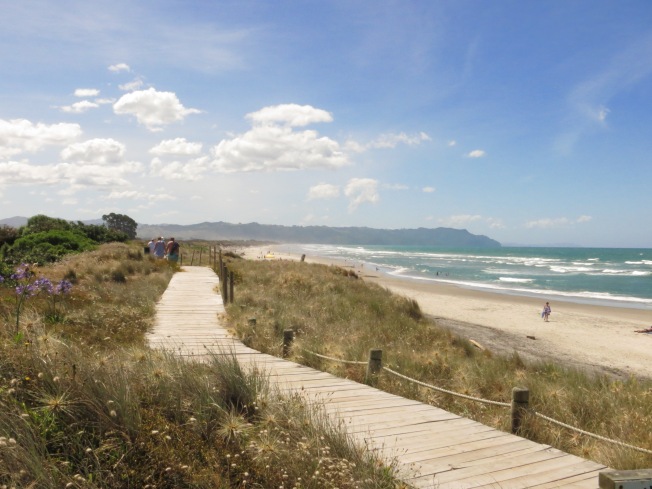 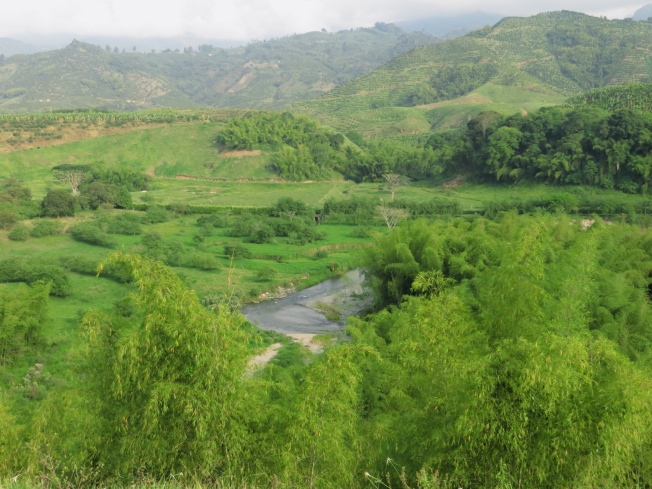 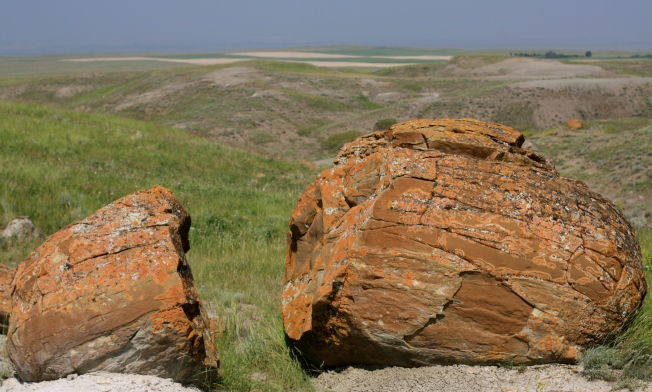 Now, if these places ARE outside your window, then congratulations..and also, whaaaat?! Open those curtains for criminy’s sake!

I hope you are all still out there and willing to stop by for a blog visit from time to time. I do hope that these last 10 months have been good to you, or at least civil to you, or maybe just that you have survived them? I am not sure where our standards should be.

Okay, let’s do this! You go give away those jeans already and I will get writing! xx

Hello travelers! Can you believe that this little ol’ blog started 1 year ago? I really think I must have blacked out for a month or two because I have no idea where the time has gone.

When I started this adventure with sweaty palms and photo files that were too small, I thought that calling it ‘A Year Of Travel’ meant that I was reaching FAR into the future, and I was really stretching myself. Huh. Turns out that 12 months is not really stretching anything.

So, this is where it all began: Sicily, where our car tried to do the backstroke, and we may have indebted ourselves to the Mafia.

These trips got some attention from you, too:

Malaysia where I was ready to saddle a rat.

Waterton where I nearly engaged in some Greco-Roman with the wildlife.

Edinburgh where I came face to face with Prince Charles.

I have many more trips to write about, so if you will indulge me further I will happily ramble along for another year.

I will selflessly continue to gaze longingly at baked goods (and eat them) for the sake of this blog.

I will continue my intrepid ways to experience the adventures for you to read about. (That hill was MUCH bigger than it looks.)

It’s beyond wonderful that so many of you have taken a moment in your day to stop, to read, to comment or to give me a “thumbs up”. I know there are a gazillion blogs out there to peruse. The fact that my voice is somewhere in that magnificent mix is an honour and a gift.

(Unless you are the person who searched for ‘flamenco rear’ or ‘the moon skaters’ and wound up at my site. To you, I say “I’m afraid you are mistaken.”) 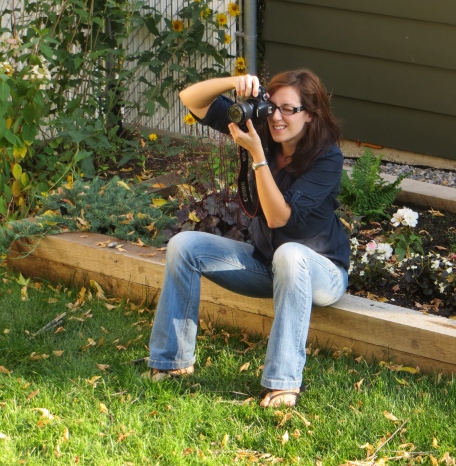 I will continue to take photos to fuel your travel daydreams. (In years to come my kids will struggle to recognize me without the camera up to my face.)

Hello friend! Welcome to 2013! Here’s hoping that your holidays were magical and bright.

Now we are into the first week of January which is THE biggest let-down, is it not?! Jiminy. All the sparkle is gone, the decorations are packed away, and I’m left with the realization that my resolutions are exactly the same as last year (not because they are so awesome, but because inevitably I did not accomplish them).

But I say January does not necessarily have to be a shock to the system. You can begin a new year gently, tenderly. You do not have to know everything by this first week of this first month.

You will have seen all of the “Year in Review” questionnaires bouncing around. Here is my take on it, in the spirit of A Year of Travel:

I found another piece of myself through starting this blog. Truly.

Oh, and this song. I played it so much that my children can sing along to it. My work here is done.

Oh, so many! But thankfully the stories coming out of last year are happy, blessed ones.

There was a surprise helicopter ride in New Zealand; there was a trip to Banff with no children along (!); there was my large-ish 50/50 raffle win on Canada Day; there was the “hilarity” of our dishwasher taking 10 weeks to be fixed; there was my brother getting married (just like a grown-up…when did THAT happen?); there were visits from family which acted like a well-meaning cattle prod and made us explore Rio more; there were trips that renewed my faith in nature, people, and hotel upgrades…..So much. Thanks for it all, 2012!

Travel (doing it, writing about it, planning it…)

A resolution for the new year:

Well, there are those pesky ones from last year, but….

I have some hopes for 2013. I hope to discover more of Brazil in particular, to carve out more time to enjoy this blog, and to not take things so seriously (it’s kind of laughable how grave I believe things to be – “WIPE HIS CHIN! QUICK! THAT CHERRY JUICE WILL BE IM-POSS-IBLE TO GET OUT OF THE TABLECLOTH!”….that was some insight you did not need).

May this year offer up the things you least expect, but need the most. 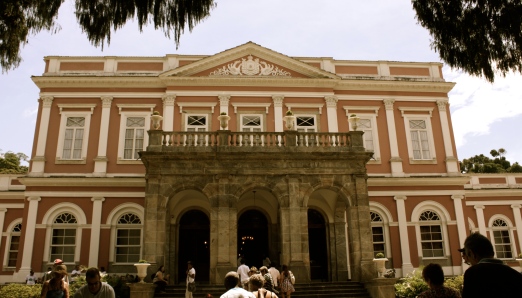 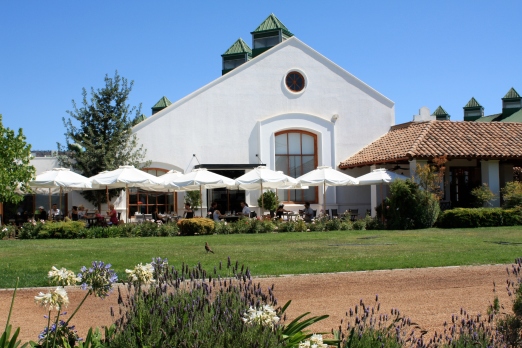 So, a helicopter showed up and…. 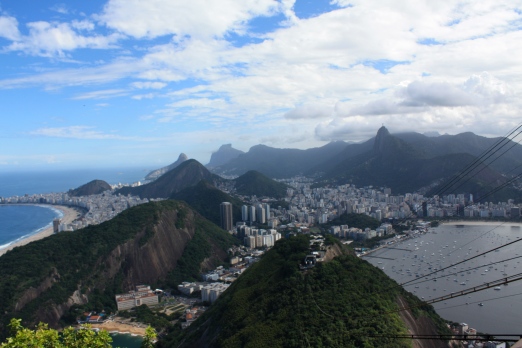 Seeing Rio with my sister!

Birthday bunting for my sweet girl.

Colour of the sky exhibit in Calgary. 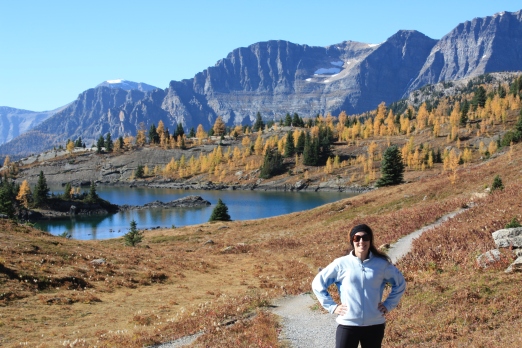 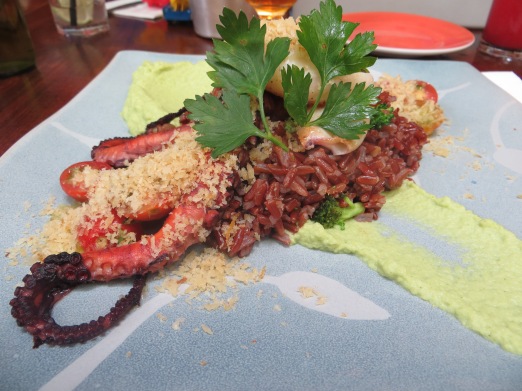 Best meal in Rio of the entire year. Fact.

I miss the snow more than ever at this time of year. Hope these photos bring you that frosty, cozy, peaceful feeling wherever you are.

This is a good excuse to get yourself a festive drink (as if you need a reason) like Spiced Wine or a Yule Mule cocktail, for those of us south of the Equator. Then I recommend listening to Michael Bublé singing  “White Christmas”:

Now look at these snowy photos, and prepare to feel a few degrees cooler, but have your festive spirit cranked up a bit. Enjoy!

Reflections in my parents’ window.

Icicles outside our holiday cabin in Norway. 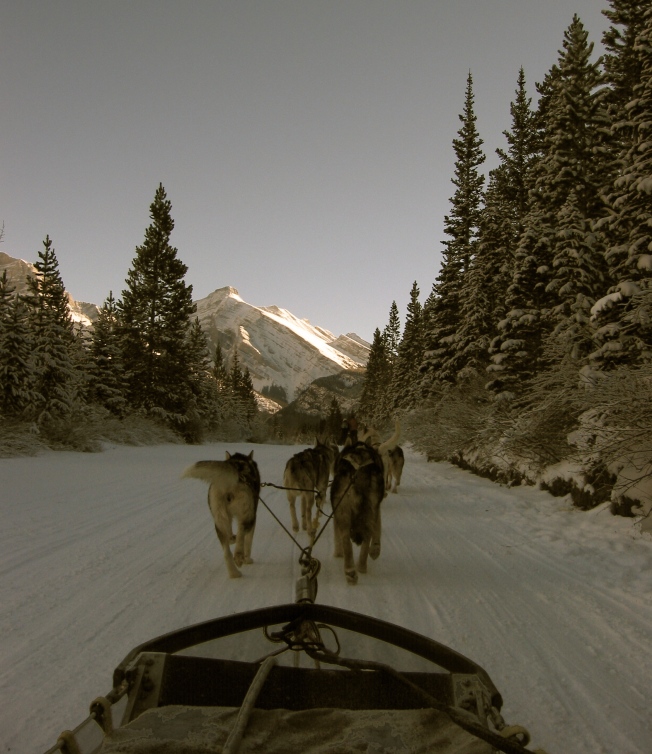 Sometimes you just can’t help yourself…. (in Poland) 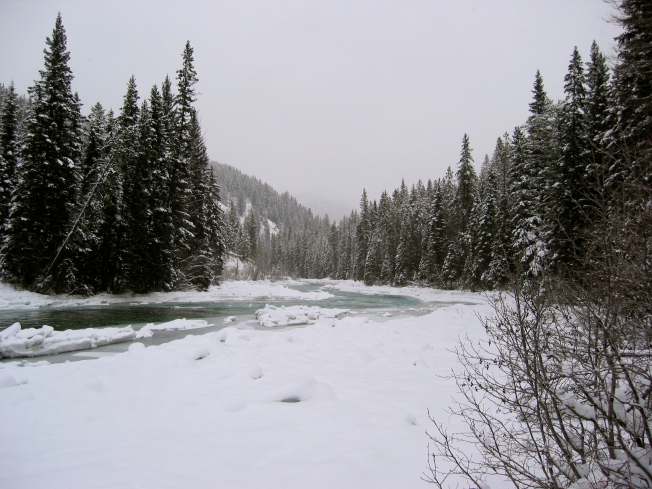 Winter in the Rocky Mountains.

Hello friends! I am in a post-travel fog at the moment. The symptoms are: falling asleep while reading a storybook to my children, being unable to finish sentences, and making ham sandwiches for the past 3 meals. I’m doing GREAT, though!!

Obviously, being in a fog is the best time to do a blog post, right? I thought I would ease back in by doing a photo post which some could call “lazy”, but I call “diversifying”.

Inspired by Patrick Latter’s blog post featuring his photos from the Calgary Zoo, I approached my recent visit to the zoo with a new outlook. I almost never take photos of the animals at zoos because, well, they look like photos of animals in enclosures. But Patrick’s stunning photos made me experiment a bit more to try and capture some shots that don’t look like they come from a zoo. 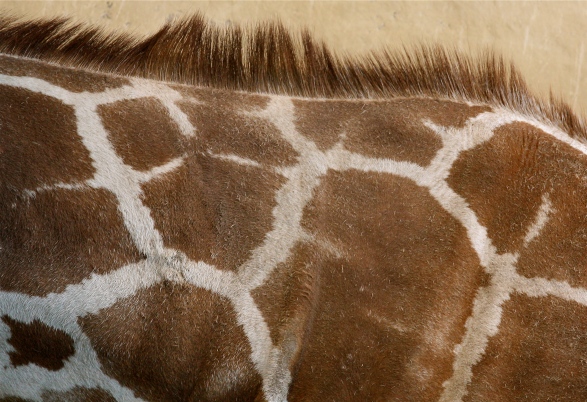 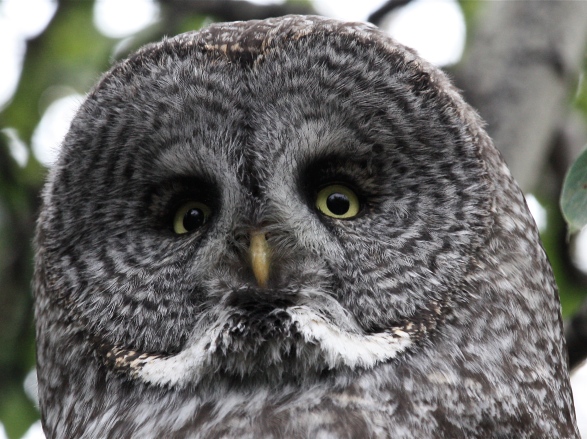 This is regrettably not a great photo of a grizzly bear, but I had to include it so you could see those claws. Butt-clenching stuff.

Hope you enjoy these! Have a great weekend. I’m going to spend mine getting myself de-fogged. 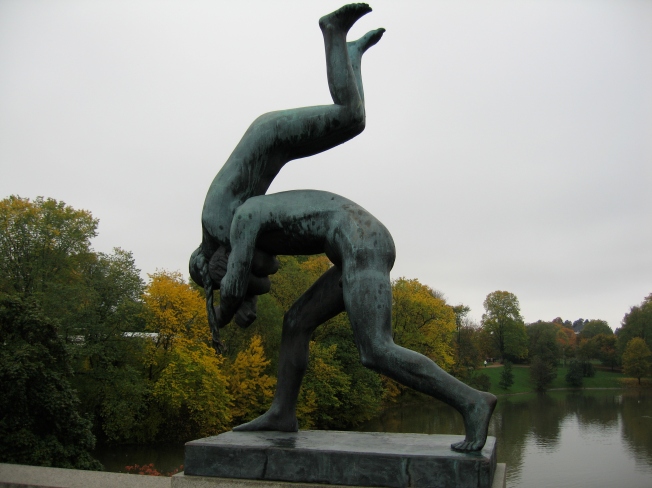 Do the flip in Oslo

This time of year makes me think of golden leaves, apple cider, and freshly sharpened pencils (must be the back-to-school connection). 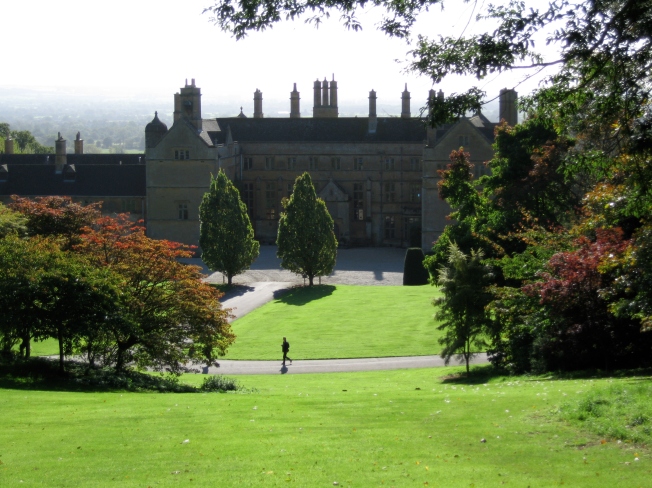 Majestic trees in the Cotswolds

I just wanted to share some of my favourite Fall photos with you.

Pick a pumpkin in Rome